We are pleased to announce Jaime Webbe has joined our team to lead Alinea’s global climate change and biodiversity portfolio. Jaime brings more than two decades of experience delivering innovative solutions in sustainability around the world. In senior roles with the United Nations and World Bank, among others, Jaime has a proven track record of successfully transitioning concepts, approaches and technologies from scientific facts to international best practices. Jaime’s experience ranges from nature-based climate solutions, urban resilience and biodiversity conservation, to mobilizing climate finance and engaging Africa’s education sector in the Sustainable Development Goals. Jaime complements her technical know-how with an ability to convene strategic stakeholders to find smart solutions in meeting the world’s changing challenges. 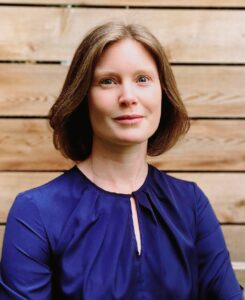 In her inaugural feature post, Jaime explores the role of Nature-based Solutions in achieving concrete progress on climate action.

Twelve years ago in Cape Town, part of my job with the United Nations was to assemble some of the world’s preeminent scientists, policymakers and holders of Indigenous and traditional knowledge to introduce, into the narrative on the value of ecosystems, a focus on climate change services like storing carbon and preventing floods. Together we made up the drafting group of the United Nations expert group on biodiversity and climate change, tasked with preparing a report for the UN General Assembly on the links between nature and climate.

As we first described the role of species and ecosystems in adapting to climate change, and explored forests, soil and seagrass as critical carbon stocks, we were hopeful. We saw opportunities for the multitude of services provided by ecosystems to be recognized and valued on a global scale.

In Cape Town, we recognized that NbS would require the full and effective participation of women, Indigenous peoples and local communities. My work on NbS started at a small expert workshop on gender and Indigenous and traditional knowledge under the UN Climate Convention, and grew to participation in the global movement to recognize two issues that are absolutely critical to successful action on NbS: 1. The Gender Action Plan launched by the UN Climate Convention and supported by the Enhanced Lima Work Programme on Gender; and 2. A Local Communities and Indigenous Peoples Platform to facilitate the sharing of knowledge and experiences. These tools, along with a myriad of others, set the framework for inclusive NbS implementation.

In addition to the “who,” we discerned the need for a better description of the “what.” Leadership in building the knowledge base on NbS comes from all corners of the world. A colleague from Norway allowed me to share her story: 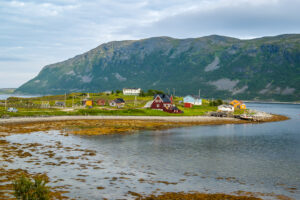 Sea Sami’s village on the shores of the Porsanger Fjord in Finnmark, Norway

After participating in a national dialogue on climate change adaptation, she returned to her community indignant because someone sitting in Oslo suggested they learn how to fish. Lamenting that the Sami culture had never included fishing, an elder interrupted to share his knowledge of a time when, as a youth, he did fish. She sat with that elder as he shared his knowledge on fishing and, in doing so, learned how marine resources could be used by her community to adapt to climate change.

Using the knowledge shared by communities, scientists and youth, our understanding of NbS tools and techniques surged. We measured the value to mangroves for the protective services they provide against storm surges; we built tools to measure carbon in forests from the tropics to the mountains; and we modelled how urban parks can reduce flooding.

However, we are still waiting for the explosion of investment in NbS that we anticipated in Cape Town. The 2020 Adaptation Gap Report included a focus on NbS noting that, of the USD 94 billion estimated investment in climate action, only USD 12 billion supports NbS.

Mobilizing sufficient financing for NbS has already been a long process, and more work is ahead. This is particularly the case in assessing the long-term contributions of NbS to climate action and designing financing mechanisms to unlock private sector funds. However, with increased global recognition and strong political leadership for NbS, we are well on our way.

I am excited to join Alinea at this critical time to contribute to the realization of transformational climate action, not least the NbS vision we shaped long ago in Cape Town. With expertise spanning the full spectrum of NbS, from forestry and agriculture, to conservation and gender, Alinea is poised to leverage NbS at the request of our partners towards our common future.