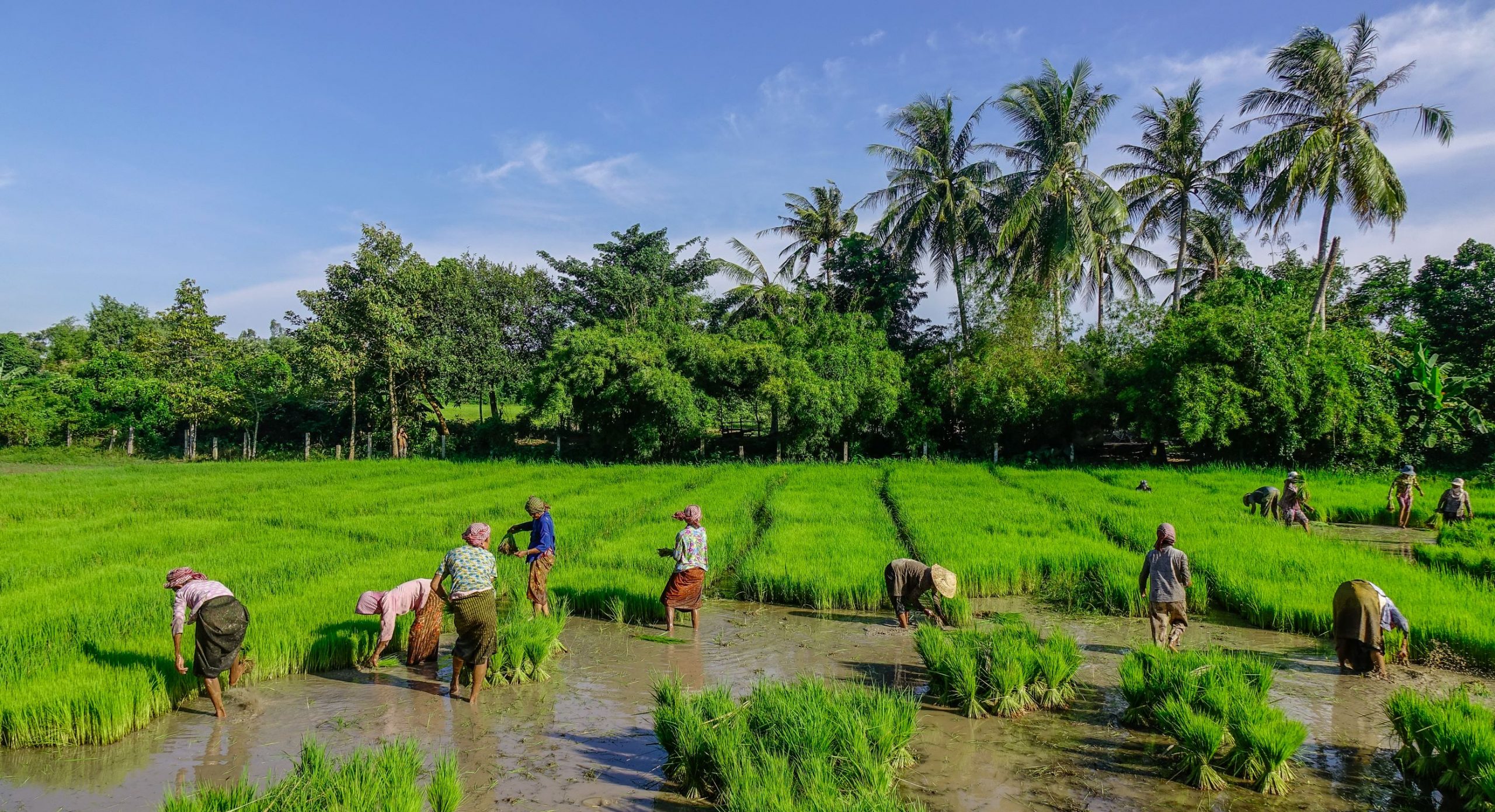 This year’s World Food Day comes at a particularly concerning time for global food security. More and more people are struggling to make ends meet, stay healthy, put food on the table and cope with the impacts of climate change and COVID-19.

The day also comes just three weeks after the UN Food Systems Summit, which focused global attention on the complex and interconnected systems through which food is produced, aggregated, processed, distributed, consumed and disposed of.

The Food and Agriculture Organization of the United Nations (FAO) estimates that one billion people globally are employed in the agri-food system, making it the world’s largest economic sector. In one way or another, we are all part of this system and have much to lose if it does not work well – as captured in the 2021 theme for World Food Day: Our actions are our future. 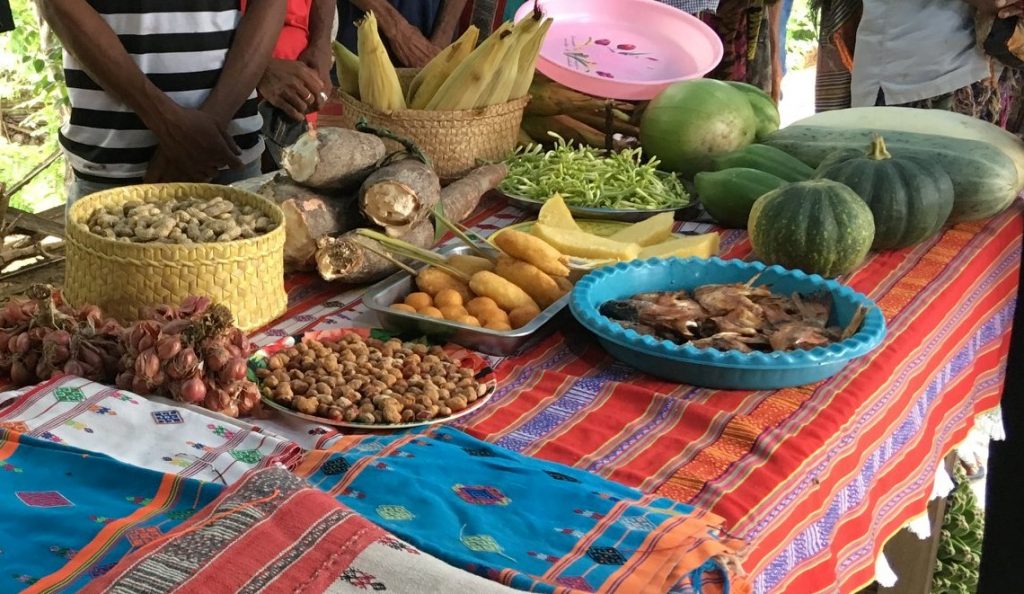 It has been clear for a long time that “the system” needs urgent attention. The 2019 EAT-Lancet Commission Report reinforced the urgency, warning that a radical transformation was essential if the growing world population was to be provided healthy food without further damaging the environment.

Our food systems both contribute to and are impacted by climate change. According to the Secretary-General’s Chair Summary and Statement of Action on the UN Food Systems Summit , it is estimated the agriculture sector is responsible for one-third of greenhouse gas emissions and 80 per cent of biodiversity loss, and uses more than two-thirds of the world’s fresh water supplies. Rising temperatures, changing rainfall patterns and extreme weather events such as cyclones, droughts and floods severely affect agricultural production and change the availability of other food resources, such as tuna stocks in the Pacific.

Food insecurity persists. Following years of steady progress, the number of hungry people in the world started creeping upwards slightly from 2014. By 2019, before COVID-19 struck, almost 690 million people were chronically undernourished – more than half of them in the Asia-Pacific region. According to The State of Food Security and Nutrition in the World 2020, nearly 200 million of these were children.

COVID-19 has put these challenges into even sharper relief and according to The State of Food Security and Nutrition in the World 2020,  world hunger is estimated to have risen 20 per cent in just one year. Smallholder farmers already struggling with poverty and climate change have found it even more difficult than before to access markets. Job losses, transport disruptions and movement restrictions have made it harder to buy nutritious food. Rising prices for fresh local foods are hurting consumers, but not translating to higher returns for farmers. Many rural areas are being overwhelmed by “returning” migrants escaping the cities. Women and girls are especially vulnerable. Millions of school children have been missing out on the school meals that had often been a critical part of their food intake.

COVID-19 has also reinforced the One-Health principle that animal health, human health and environmental health are fundamentally intertwined. Around three-quarters of new human diseases are thought to have spread from farmed or wild animals – including COVID-19. 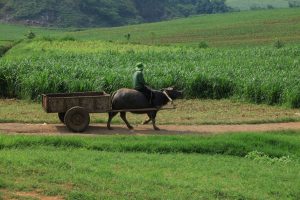 The agriculture sector has always been somewhat of a poor cousin when it comes to national budget allocations. In the Pacific region for example, the budget share allocated to agriculture has fallen from about 3.6 per cent in 2015 to under 2 per cent by 2019. Pacific countries now average just 0.12 on the Agriculture Orientation Index – a Sustainable Development Goal (SDG) indicator measuring government expenditure relative to the sector’s contribution to GDP (a value below one means expenditure share is less than GDP share).

When it comes to development assistance, agriculture has often struggled to compete with sectors such as infrastructure and governance. Australia has been allocating around 7-8 per cent of its aid to agriculture in recent years, but with a decline in its overall aid budget, its spending on agriculture in 2019-20 was about 70 per cent of the 2014-15 figure (in real terms). The international agricultural research system – credited with transforming global agriculture through dramatic productivity gains from the mid-1960s – now struggles to attract funding.

While aid is only a small part of the picture for many developing countries, it can play an important role in supporting and catalysing change. For more aid-dependent economies such as in the Pacific, the need for well-targeted external assistance is now even greater. Although many Pacific island states have successfully dodged the health impacts of COVID-19, according to the COVID-19 and food systems in the Indo-Pacific: An assessment of vulnerabilities, impacts and opportunities for action, the economic consequences along with existing challenges such as cyclones have had significant impacts on food security.

In response to the pandemic, both national governments and aid donors have – appropriately – swung more resourcing into strengthening health systems. However, more resourcing to develop more climate-resilient, nutrition sensitive agriculture – particularly for small-scale producers, women and other vulnerable groups – will also be imperative to support economic and social recovery. Technical leads in the donor community agree on the broad parameters, but influencing budget allocations will remain a challenge.

COVID-19 has provided a stark reminder of the interconnectedness of our global community. Just as the fight against COVID-19 cannot be won by only protecting our own citizens, similarly our own food security is best ensured through a well-functioning global food system. The massive shock of the pandemic has reinvigorated calls for urgent action to transform the food system.

With the fanfare of the Food Systems Summit now behind us, the challenge will be to keep up the momentum and deliver improvements to the lives of the most vulnerable. As development practitioners, we can all play our part.