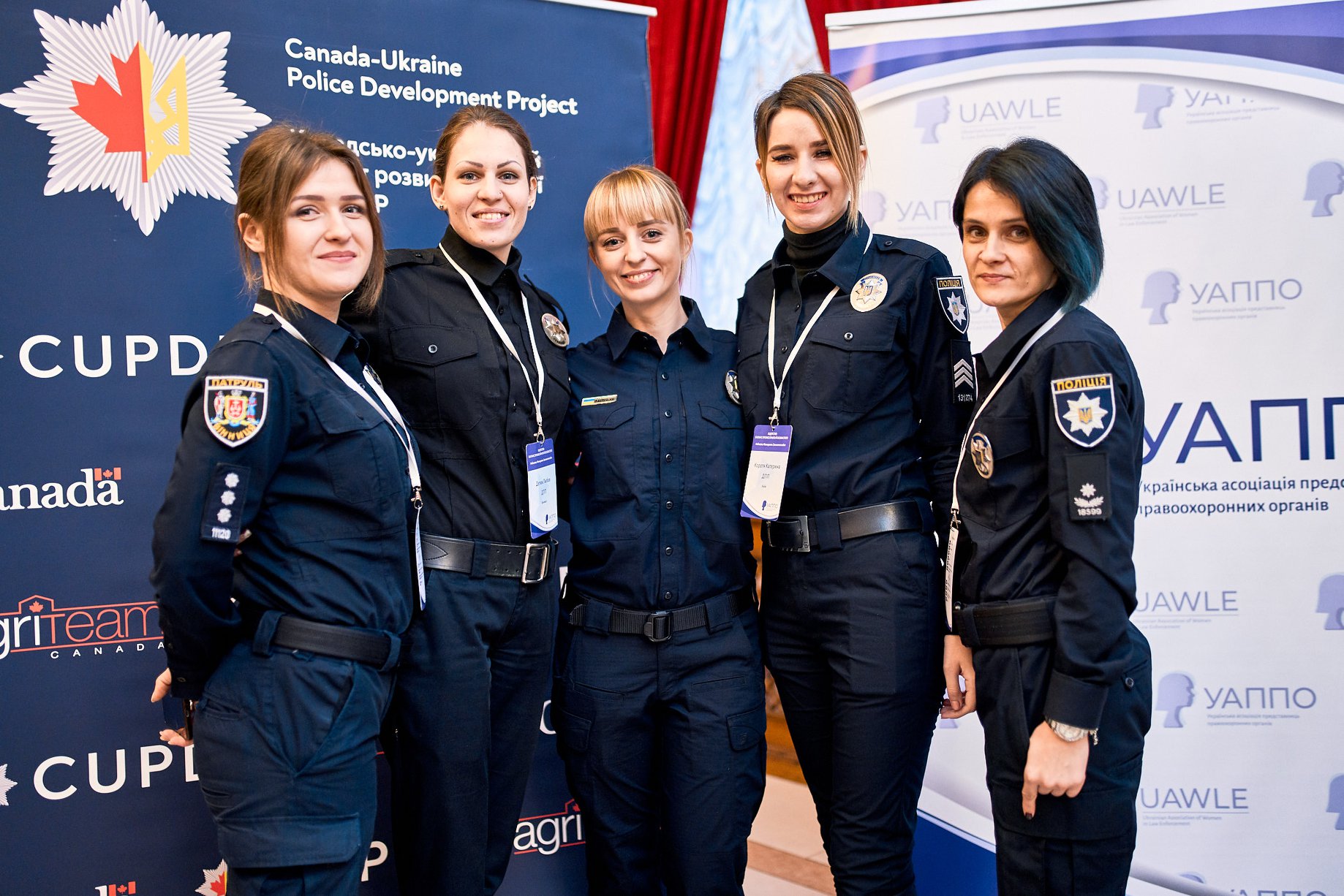 The Ukrainian Association of Women in Law Enforcement (UAWLE) is the first organization of this kind in Ukraine, which promotes the implementation of gender-sensitive policies and practices in law enforcement bodies.

Since the Association was started in 2018, it has become a platform to create opportunities for leadership and professional development for women in law enforcement. It has been positioned as a critical agent of change in the implementation of gender equality.

The Association has created a network of female law enforcement officers all over Ukraine – enabling dialogue and sharing the experience and knowledge on their careers and professional and personal development.

The first idea of creating this kind of platform came back in 2015, at the beginning of the law enforcement reform in Ukraine – the implementation started in March 2017.

The theme of the Association for women in the police was voiced first at a workshop on gender aspects and policing, organized by the Police Training Assistance Project (PTAP), funded by Global Affairs Canada and implemented with the support of Alinea International.

The head of UAWLE, Kateryna Pavlichenko, described that moment as pivotal to the benefit of the law enforcement system in Ukraine and any person who joined.

“Our Canadian colleagues shared with us their experience on the advantage of having this kind of an organization, including mentorship, improving the professional level, equal access to leadership positions, prevention of discrimination,” said Pavlichenko. “Together with several colleagues, we took this idea and started working on the implementation.” 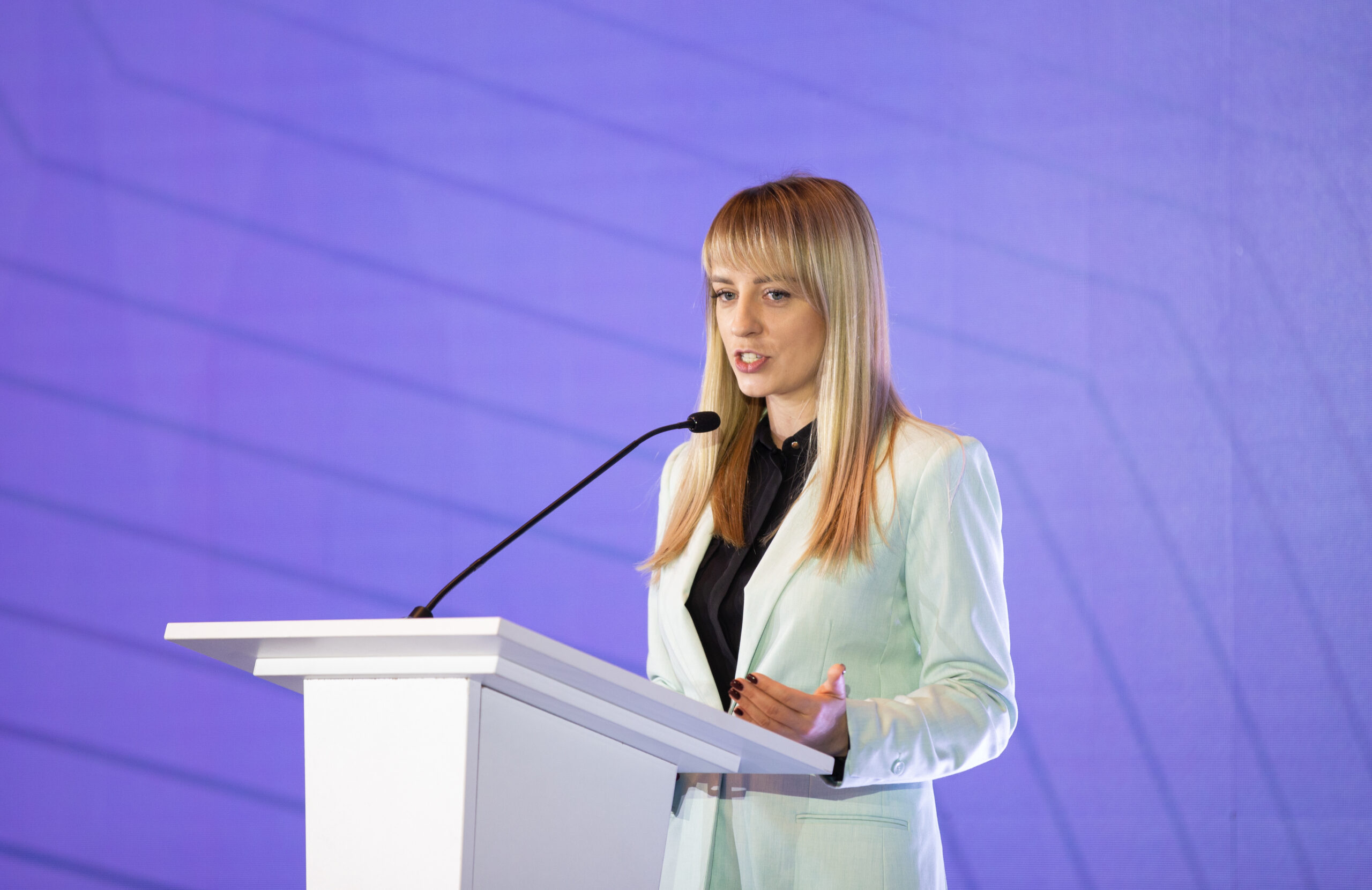 Chair of the UAWLE Board, Kateryna Pavlichenko, delivers a speech at a UAWLE Interregional conference in Kyiv.

Once implementation started, a working group was founded with the participation of 15 members, who became the pioneers in creating the Association, which will ensure reaching the goals and objectives, first of all, related to gender equality in the professional sphere.

They consulted with international experts, met the Foreign Affairs Minister of Canada, Chrystia Freeland, and participated in the 7th annual conference, “Women in Policing” in Georgia.

The UAWLE was modelled after the International Association of Women Police, founded in 1915 in Los Angeles to accumulate efforts and increase the potential of women in police. Eventually, in 2019, the UAWLE was granted the status of an affiliated member of IAWP, which strengthened the international role of the Ukrainian law enforcers.

“The international experience of promoting gender equality for Ukraine in general and the Association, in particular, is extremely valuable,” emphasized Pavlichenko. “The development of this cooperation will undoubtfully bring us a new experience that can be effective for our countries”.

During its four years of existence, UAWLE has united representatives of different law enforcement agencies from different regions, creating a network of like-minded members all over Ukraine. The organization currently has 444 members in various ranks and positions, including 413 women and 31 men.

The Association focused first on forming and confirming the image of a female law enforcer as a leader and professional. The UAWLE conducts educational and awareness-raising events for members, organizes unique leadership practical training, offers valuable opportunities to study in international programs and works towards equal rights and opportunities for women and men.

Now, with the ongoing full-scale Russian invasion of Ukraine, the Ukrainian Association of Women in Law Enforcement continues to support members, providing them with psychological and social support. It involves engaging members in different initiatives to demonstrate the role and contribution of female officers in this difficult time.

Pavlichenko pointed out that more than sixty-six thousand women from the Ministry of Internal Affairs system of Ukraine defend the country on the frontline and behind the scenes.

Ukrainian female law enforcement officers perform a significant share of the task of ensuring security and public order. They deter and identify the enemy, sabotage reconnaissance groups, help civilians, evacuate people, and go to the scenes after shelling and airstrikes – all while continuing to perform their regular duties patrolling the streets and detaining perpetrators. Many members of the UAWLE also became volunteers providing humanitarian aid to the military and civilians.

“Ukrainian Association of Women in Law Enforcement became enormous support for me in the time of war. These people give strength to keep going. They became an inseparable part of my life and a family in the 4 years. It is about constant care, little phone conversations, and messages with support. The Association also inspired me to start helping the military and providing them with the things they need. Now we work with the Ukrainian military in all directions. I have many people around whose family members and friends serve in the Armed Forces in different regions, so we help each other, search for the necessary supplies, we order, we share”.

From its inception to now, the achievements of the Ukrainian Association of Women in Law Enforcement have been recognized by Ukrainian society and the international community. The support and success in promoting gender equality in the Ukrainian law-enforcement bodies and recognition of those achievements motivate members on the path forward.

The UAWLE is supported by the Canada Ukraine Police Development Project (CUPDP), which is funded by Global Affairs Canada and implemented by Alinea International.